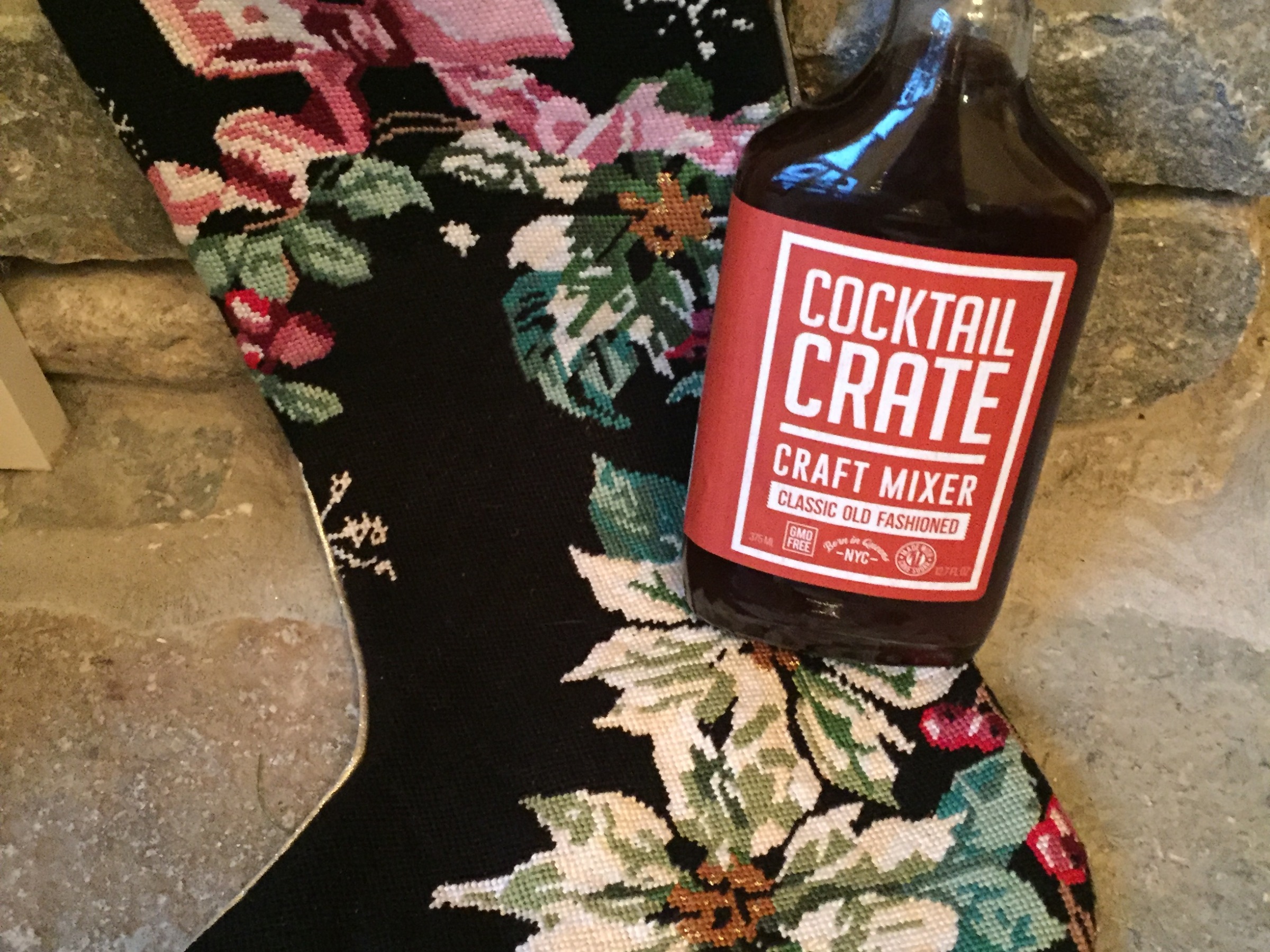 “Brian’s Book and a Bottle” was a hit, but people ask me, “What about the cocktail crowd?  Aren’t you leaving them out in the cold during this festive time of year?  Give them something to make their lives easier too!”

We here at Sipp’n Corn Enterprises have listened, and Ms. Sipp’n herself—as our resident cocktail expert—has penned her first review which now addresses the topic so long excluded from the blog:

Cocktail Crate touts “an effortless craft cocktail,” and it delivers.

Cocktail Crate was founded in 2012 after a Kickstarter campaign by a 24 year-old cocktail enthusiast in New York City who wanted to build the perfect cocktail.  According to Cocktail Crate’s website, these pre-made cocktail mixers are made from locally sourced, fresh, non-GMO ingredients.  Just add your favorite bourbon.  The website offers several different cocktail mixer options including the classic whiskey sour, classic old fashioned, classic ginger mule, spiced old fashioned, and grapefruit daiquiri (and coming soon are maple whiskey sour, ginger bee, and sriracha margarita).  The packaging, bottle shape, and label were attractive with a hip, farmhouse vibe that would make an excellent gift presentation. 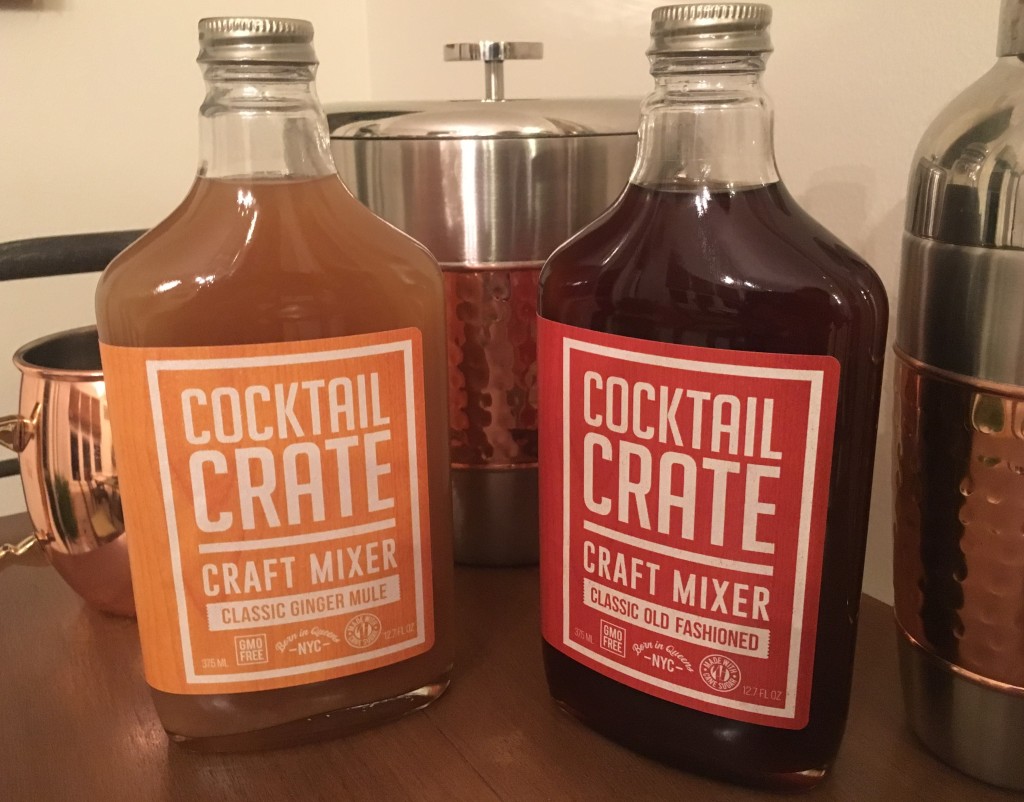 This past summer we tried the classic old fashioned and the classic ginger mule.  Since my go-to summer favorite is an icy cold Kentucky mule in a copper mug, I went for the ginger mule first.  Following the directions on the bottle, I filled my mug with crushed ice, measured the mixer, and added the bourbon.  Simple.  I liked that.  The cocktail was good, but to be honest, my mules are better with fresh lime and mint that I grow myself in a half bourbon barrel in the backyard.  But the Cocktail Crate mixer was better than any restaurant version, and in the winter—when I don’t have my own fresh-grown mint—the Cocktail Crate Kentucky mule can’t be beat.

A couple weeks later I moved to the Old Fashioned.  Frankly, I have only had a few Old Fashioneds over the years as I considered it an old man’s drink.  I have never made one myself.  In fact, I think the only time I remember drinking Old Fashioneds was at an annual Derby Party where they make them by the pitcher filled with copious amounts of fruit garnish so that it looks more like a tropical drink than something from the set of Mad Men.  I followed the label directions and stirred my bourbon into the classic old fashioned mixer over 2 large ice cubes.  I could not resist adding the orange slice and maraschino cherry embellishment.

I LOVED it.  And I may have a new favorite cocktail to get me through the winter months when it’s too cold outside for mules.  The mixer was the right balance of sweet and savory.  It blended harmoniously with my choice of bourbon.  I did not share my bottle of Cocktail Crate classic old fashioned mixer with anyone else.

For comparison’s sake I later ordered an Old Fashioned at the bar of a historic Louisville restaurant that prides itself on old-school Southern food and cocktails.  It was exponentially more expensive, but the Cocktail Crate Old Fashioned that I made at home was so much better.

I would be interested in trying more of Cocktail Crate’s offerings.  And I will be adding a new bottle of classic old fashioned mixer to my Christmas wish list as a perfect stocking stuffer (Did you catch that, Brian?).

Cocktail Crate mixers are available at www.cocktailcrate.com for $12 for a 375ml bottle, $50 for a six pack, and $40 for a four-bottle party pack.  But according to the website, Cocktail Crate is also available at chain retailers such a Walmart, Total Wine, Fresh market, etc.  I went into my local Walmart liquor store and found the classic Old Fashioned, the classic ginger mule, and the classic whiskey sour mixes on the shelf and ready for purchase at a lower price point than on the website.  I will admit I could not wait for Christmas, so I bought myself the classic Old Fashioned mix and made myself a cocktail that night.  But I am pretty sure that I will need a new bottle before December 25, hint, hint. 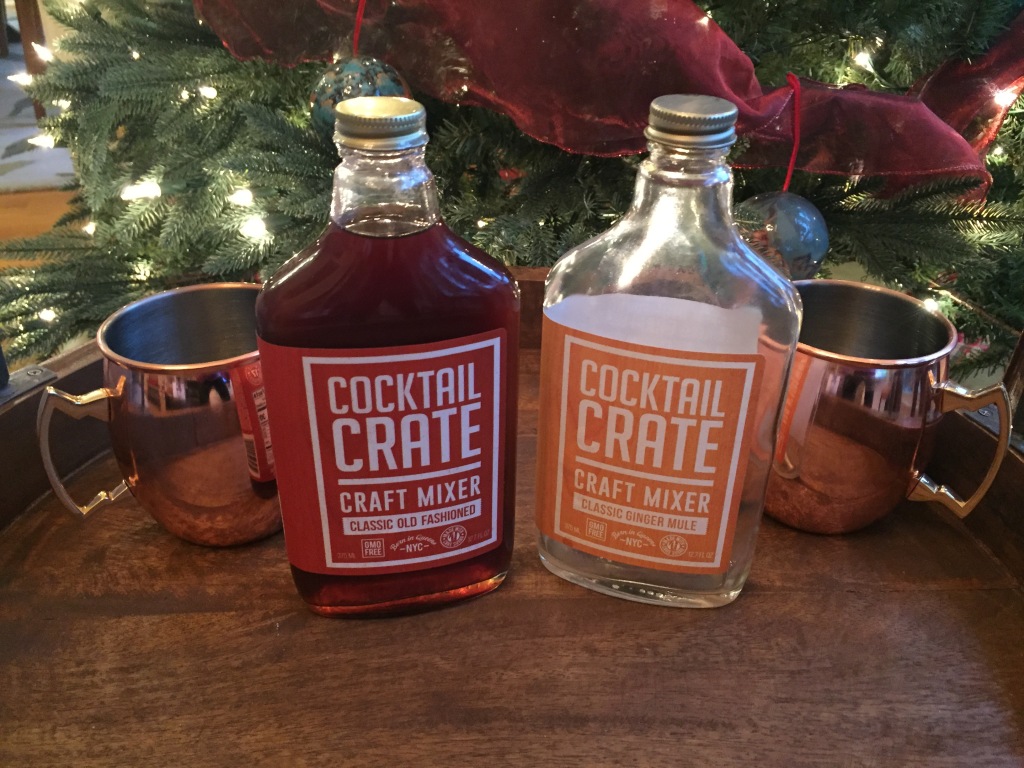