Book Review—Tar Heel Lightnin’: How Secret Stills and Fast Cars Made North Carolina the Moonshine Capital of the World 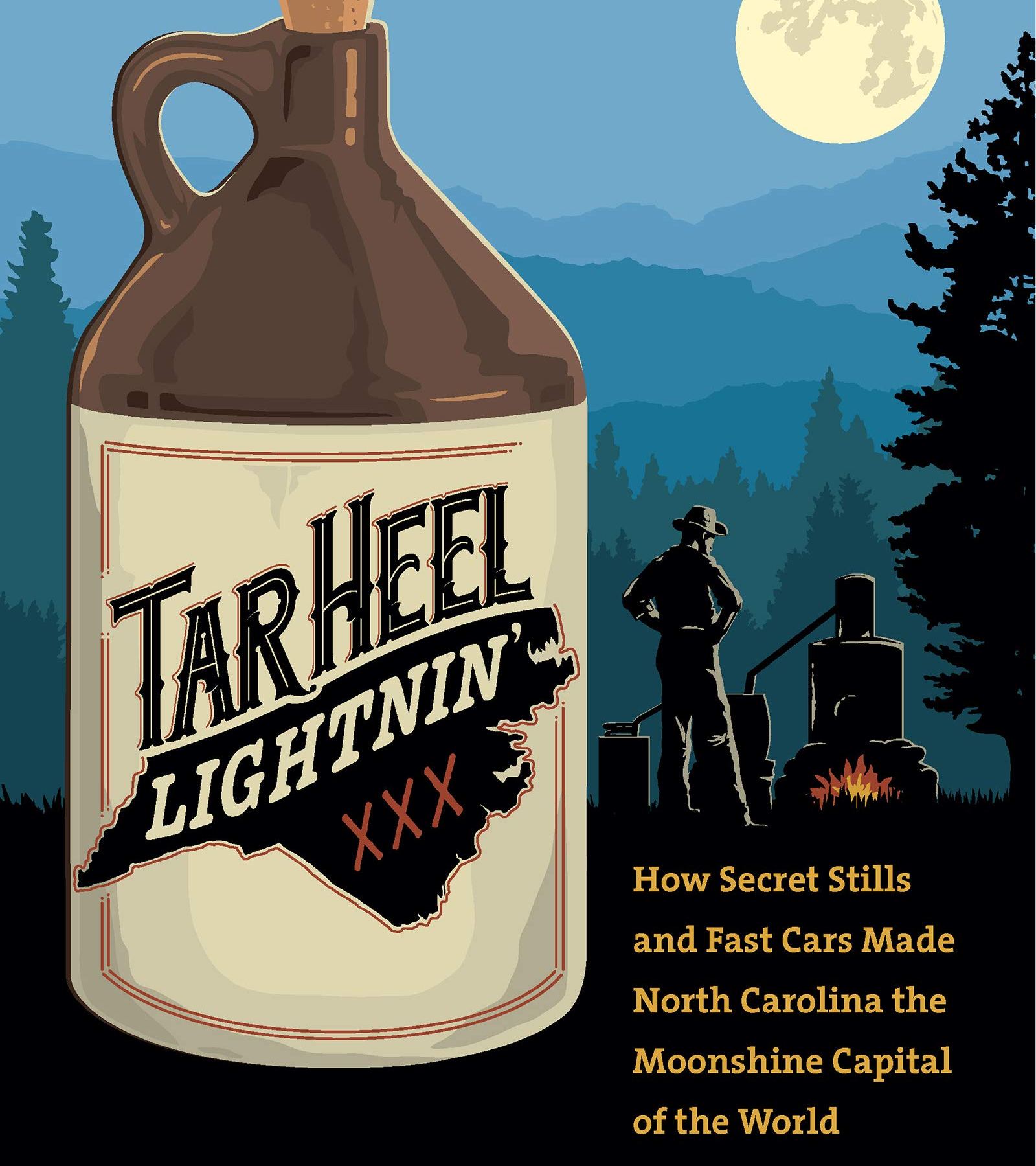 Those southern characteristics might not have been enough on their own to propel moonshine into such a significant historical position, so Tar Heel Lightnin’ goes to the root:  activists and politicians who tried to mandate a certain view of paternalistic morality while eroding our rights systematically through unfair taxation and prohibition.  Rebellion is a time-honored way of reacting to taxation and prohibition, and with North Carolina’s economic conditions and southern virtues, rebellion took the form of moonshining.  As moonshine became part of the culture, Pierce shows one way in which the human spirit can overcome adversity, while, as is often the case, creating a different kind of adversity.  Explaining the context of what created, expanded, and sustained moonshine in North Carolina is the real gift of Tar Heel Lightnin’.

Understanding that context doesn’t necessarily need North Carolina to be the “Moonshine Capital of the World,” and that declaration probably falls into the same bucket as the exaggerations of the North Carolina tourist traps that Pierce describes cropping up in the 1920’s.  Indeed, moonshining is nothing new to the United States, let alone unique to North Carolina.

The first tax on Irish Whiskey in the early 1660’s drove distillation into the hills as moonshiners.  Our young nation experienced the same pushback when we instituted our first internal revenue statute in 1791, which of course taxed distillers.  Each time that our nation imposed a new tax or increased the tax rate, moonshining grew, not just in North Carolina, but in every countryside, holler, and swamp where making whiskey was a way of life.  That area was predominantly in the southeast, bounded by the Ohio and Mississippi Rivers.  And Kentucky—which has long been the epicenter of legal whiskey distilling—is claimed in earlier works to also be the center of illegal distilling.

As if it were a race worth winning, authors want their home state to wear the dubious crown.  But the story can be told without declaring any particular state to have been “The Moonshine Capital.”  Instead, Tar Heel Lightnin’ won me over with the personalities and with context woven artfully through the stories of real people.  Commentary on the moonshiners of The Andy Griffith Show and the influence on NASCAR and The Dukes of Hazzard helped to show the reach and influence of North Carolina moonshiners to mainstream culture.

Even more detail is provided by breaking up the chapters with inset summaries of significant characters—part of Pierce’s “North Carolina Hall of Fame (and Shame)”.  Occasionally I was torn by these insets when they seemed too repetitive or ran on, causing a disruption in the flow of the main text.  More often, though, the tidbits in these insets brought the characters to life by telling more stories, perhaps the best way to build an understanding of context and the next step of interpreting causality.  And in the end, Pierce convinces me that moonshine is indeed the key to understanding the history of North Carolina.